Adhesion layers of chromium or titanium are widely used in plasmonics to ensure a proper adhesion between a gold film and a glass substrate. However, very little is known about their influence on the thermal response. As a result, the adhesion layer is often ignored while designing the experiments.

In a recent article published in Nanoscale, we demonstrate both experimentally and numerically that the adhesion layer can have a major impact on the thermal response of plasmonic structures.

- We quantify the role of the adhesion layer in setting the local temperature around a single nanostructure milled in a gold film.

- We show how to promote or avoid the temperature increase using different experimental designs. This further expands the plasmonic toolbox for heat-controlled experiments. 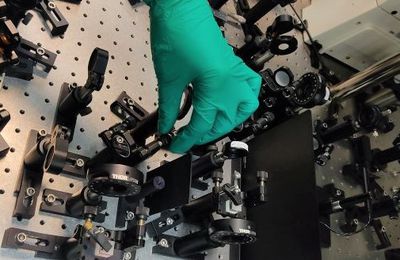