It's a great pleasure to welcome Prof. Bert Hecht for a colloquium on Sept. 27th 2pm (Ponte amphitheater).

Nano-Optics: From optical antennas to atomic-scale confinement of optical fields
Abstract: In 1959, when nanoscience as we know it today was still far from being a reality, Richard Feynman gave a talk at the annual meeting of the American Physical Society, entitled “There’s plenty of room at the bottom” [1]. In this talk Feynman anticipated most of the experimental fields and issues of concern which, more than twenty years later, would become key issues in the understanding of phenomena at the nanometer scale. While talking about the possibility of building nanoscale electric circuits, he also posed the question:
“...is it possible, for example, to emit light from a whole set of antennas, like we emit radio waves from an organized set of antennas to beam the radio programs to Europe? The same thing would be to beam the light out in a definite direction with very high intensity...”.
Today, we can safely state that Feynman’s suggestion has already become reality and the research on nanoantennas that work at optical frequencies has developed into a strong branch of nanoscience - nano-optics in particular - with many exciting perspectives.
Nanoantennas for visible and infrared radiation can strongly enhance the interaction of light with nanoscale matter by their ability to efficiently link propagating and spatially localized optical fields. This ability unlocks an enormous potential for applications ranging from nanoscale optical microscopy and spectroscopy over solar energy conversion, integrated optical nanocircuitry, opto-electronics and density-
of-states engineering to ultra-sensing as well as enhancement of optical nonlinearities. Here we give an overview of the current understanding of metallic optical antennas based on the background of both well-developed radiowave antenna engineering and the emerging field of plasmonics [2]. We will also give a glimps onto the latest fascinating developments in the field .
[1] R. Feynman. There’s plenty of room at the bottom. Eng. Sci. Mag., 23:22, 1960.
[2] P. Biagioni, J.-S. Huang, & B. Hecht, Nanoantennas for visible and infrared radiation. Rep. Prog. Phys. 75, 024402 (2012), arXiv:1103.1568 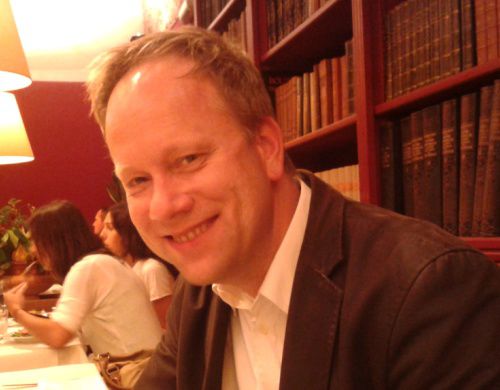